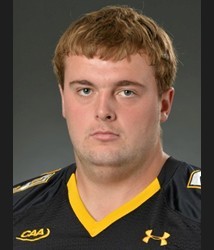 Jacob Schunke is a big boy with great feet

I feel the one coolest and memorable thing that I did off the field was teaching a group of youths how to play football at Falston Recreation Center. The day wasn’t all about football; it was teaching them how to be safe but at the same time making sure they were having fun. I enjoyed spending time with these kids and seeing smiles on their young faces was one of the best feelings in the world.

My biggest role model in my life is my mother. The reason I say this is because she is a single parent who does everything for everyone. My mother always thinks of others and puts herself last. She never asks for help with anything. Best mom anyone could ask for.

Growing up I was involved in various sports including baseball, lacrosse, soccer, and track/field “throwing events.”

I played multiple positions in football including tackle, tight end, and short/long snapper.

I believe the things that separate me from others players playing my position are my strength, speed, explosion and my mindset going into the game to never give up.

When breaking down film there are several key aspects I always focus on. Starting with the one that plays the biggest role for me individually. This is knowing and understanding the player lined up across from me. The next thing I look at is the pressure sheet provided with the scouting report. I use this to identify whether or not they are a high-pressure team, or more conservative. Next, I would try and identify flaws/tells my opponent subconsciously performs; such as: stance, alignment, and depth. Next, I will move to the linebackers and dissect their stances and read responses. For example tight lined linebackers indicates cross axe (Blitz). Finally, I would watch the film as a whole to look at team chemistry, key players, and popular play calls.

Zach Kerr who played for University of Delaware and currently plays for the Indianapolis Colts.

Ronald Leary who plays for Dallas. He is a very strong, solid, athletic and very good at walling off defenders in the run game.

My parents getting divorced were a difficult and upsetting time in my life. My parents did the best they could to keep things as normal as possible, which made it easier for me to handle.

My first pre-game ritual is saying a prayer. I also play my pre-game pump up songs, which gets me motivated and psyched out. Also, going to all the players on the field and giving each other pump up talks.

My biggest obstacle I believe coming from a small school will be making a name for myself.

My biggest strength is my strength/speed and mind set. 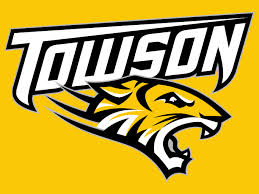 I put a lot of pressure on myself to perform well.

I will never give up! I will always stay focused and never take a rep off. I play with heart and determination to better myself every play.

The New York Giants are my favorite football team. Growing up in New Jersey I have been rooting for my home team for years. My favorite player growing up has been Payton Manning.

Three people that I idolize and would enjoy meeting and having dinner/conversation with are: Ronda Rousey, Arnold Schwarzenegger, and Lionel Messi.

Once I make the NFL the first big thing I am going to buy is something for my mom because she does everything for me that is within her power.