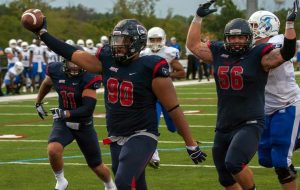 Helping out with NFL HSPD

Ray Lewis is definitely a role model of mine. He is filled with so much fire and passion for the game. And he always gave back to the community. Also carries himself well on and off the field.

Not at the collegiate level

Being able to pass rush and stop the run.

First I recognize formations and favorite plays out of them. Second I look for keys that the lineman gives. How tackles pass set. Stances between run and pass. Anything to give me an advantage. 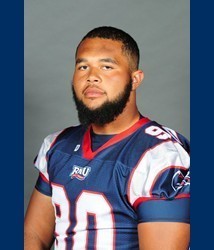 Losing my grandmother. I can’t really overcome it but I know that she is no longer battling with cancer and is in a better place. Also she is always watching over me.

Shower and listen to music

People overlooking my talents because I attended a small school.

Pass rushing off of the edge.

Playing inside the guards.

I have a passion for the game. A relentless pursuit. And I will outwork anyone until and after I achieve my goal.

Some groceries. And put the rest in the bank.