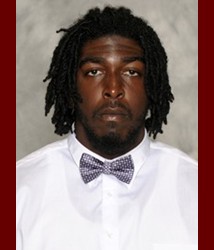 Gannon University has a very big pass rusher in Christopher Dollard. He has a 7’1 wing span, that is impressive

Hardest college class I had to take was Financial Accounting

My role model is my mentor William Jones Sr., because of the wisdom he has given me and helping me become a man and learning what life is all about. I admire the husband, father, and man he is and he has been there for me through some of my hardest times

In High school I played offensive tackle, I have played all positions on the Defensive line (Defensive End, Nose Tackle, 3 Technique) I have taken snaps in practice as a tight end as well.

At my position I feel as though my physicality and athletic ability, along with my ability to create separation is what sets me apart. I can do some pretty athletic things being mainly an interior defensive lineman and I have a 7’1 wingspan so that helps me get good extension on blocks, deflect passes and block kicks.

When breaking down film on a O Lineman I look mainly at his hands and his feet to see where I can capitalize if he has any weaknesses. Another thing I look at is the ability to maintain a solid base, a weak base lets me know that I can help make the pocket smaller and uncomfortable for Quarterbacks. Another thing I look at is the reaction to movement a good O Lineman isn’t phased by stunts or slants they just react and that’s what I look to see they are good at. And lastly how physical they are because whoever comes out and sets the tone will more likely have a better game 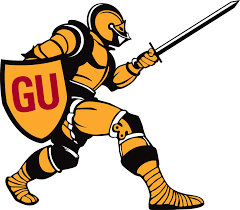 I would say Muhammed Wilkerson, we have similar builds in having long arms and using that to our advantage along with being very athletic and making plays that wow you, I watch film on Wilkerson a lot and I love the way he plays D Line and I try to mirror my self after him. Also he lines up all over the D Line as I do so either interior or on the edge he and I makes plays in both and that’s what I think our similarities are

The biggest obstacle in my life was overcoming the junior college football route I had to take out of high school. Going to a JUCO is very expensive in housing and living expenses so I worked 3 jobs while taking 15+ credits and playing football just to reach my goal of getting a scholarship for football at a university. During that time I went through a ton of adversity but I prayed on things and God seen my through my struggles.

Coming from a small school I feel as though the obstacles are proving to many that I can play in the NFL and be productive. Many people don’t know but I was getting big D1 interest in High school so I believe my talent has always spoke for itself no matter what level I play on I do well and steadily improve because I am a hard worker and student of the game.

My biggest strengths I believe are my athletic ability and my high IQ and sense of awareness.

Mental focus when my adrenaline is high off emotions and passion. I believe hurts me in small ways and I can classify as a weakness

If I had a second to sell myself to a GM I would start by introducing myself and then I would ask them does their organization have room for a player who is In love with the game and will work to be better daily and leave it out all on the field every game and make plays. If the GM says yes well then I would ask is there also room for a player of great character that respects those around him and is about being a positive person who loves to give back to my community and make my family and friends proud.

My favorite NFL player growing up in the NFL was Demarcus Ware and my favorite is the Cowboys.

If I could have dinner with 3 people it would be Jesus, Malcolm X, and Kobe Bryant

With my first NFL check I would pay my student loans off and any other form of debt then by my Mom, GOD Mom and Girlfriend a personalized jersey of mine so they can root for me in style