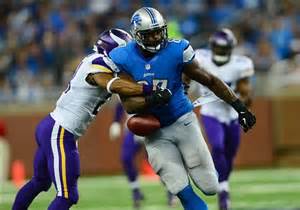 Yesterday, the Detroit Lions started Brandon Pettigrew over Eric Ebron, and it did not end well for the former Oklahoma State pass catcher. According to Dave Birkett of the Detroit Free Press, the Lions fear that TE Brandon Pettigrew will be lost for the season. He is still awaiting tests on his injured knee, the expectation is he suffered a season-ending injury. It is the same knee in which Pettigrew tore his ACL in 2009.

Birkett notes that Pettigrew had been playing well before this injury, so this would be clearly disappointing for the Lions and Pettigrew. Pettigrew, 30, is in the second year of his four-year, $16 million contract that included $8 million guaranteed. He’ll make a base salary of $2.8 million this season and another $3.65 million in 2016.

The Lions need to look at Joe Don Duncan who was with the Denver Broncos in the preseason. He is a very sound blocker, and could be a great addition.