Giants defensive end Damontre Moore was released today by the team becuase of discipline related reasons according to the team. 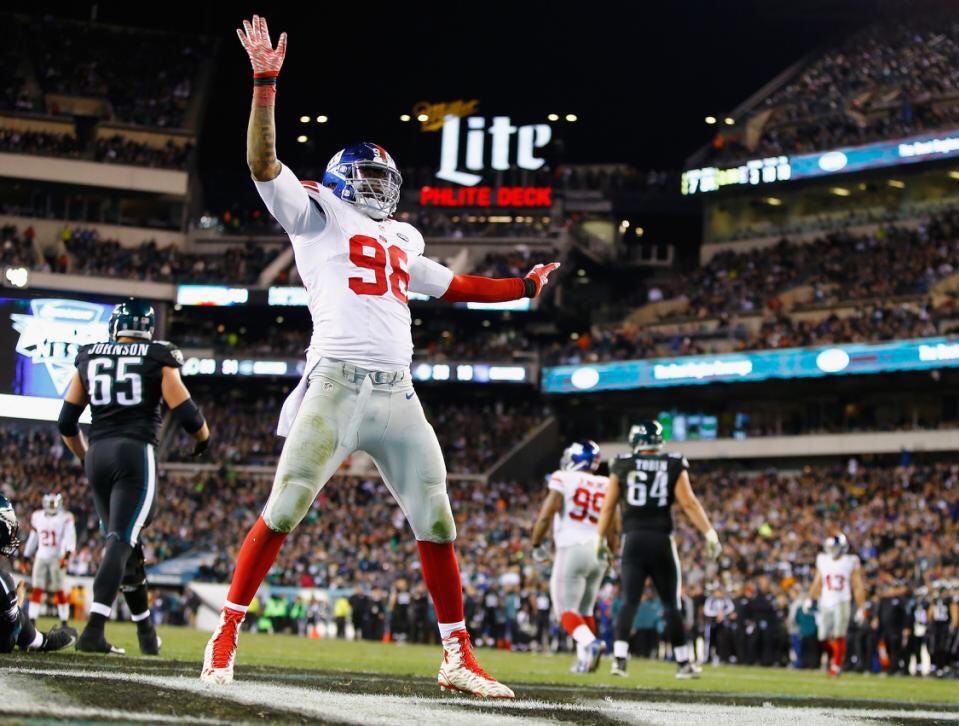 Sources confirmed that Moore was released after he got into a fight with defensive tackle Cullen Jenkins on Thursday, over blue Beats By Dre headphones, as first reported by the NFL Network. Odell Beckham Jr. was distributing the headphones as a gift, according to sources, and several veterans — including Jenkins — tried to grab multiple pairs.

I wonder if the Bills will put in a claim for him? Shoot they already have one player who got in a fight in the locker room….