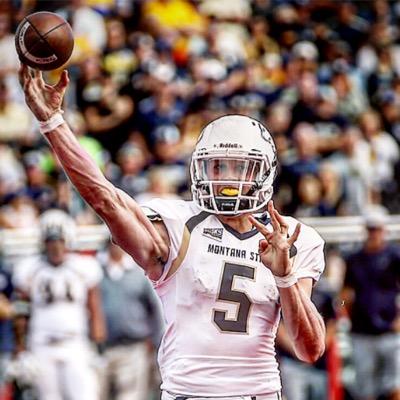 Last year, Vernon Adams was a stud quarterback at Eastern Washington. He dominated his conference and the entire FCS. He decided to leave EWU after graduating and now another small school quarterback is doing the same.

“You can tell that Oregon wants to win. The guys on that team, they get it,” Prukop said, per Bruce Feldman. “Oregon’s arms were wide-open. They have an outstanding cast of really competitive guys and even better dudes. I developed a great rapport with coach (Mark) Helfrich and coach (Matt) Lubick very quickly.”

Prukop threw for 3,025 yards, 28 touchdowns and 10 interceptions, completing 62.8 percent of his passes, and also rushed for 797 yards and another 11 scores in 2015. He’s graduating this month, clearing him to transfer to the FBS level and play immediately.