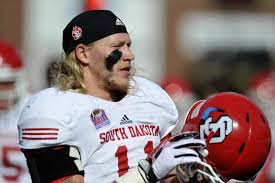 Stone was an undrafted free agent out of Tennessee and was a great player for the Falcons this year. He appeared in seven games, making one start for the Falcons. Since entering the league, Stone has appeared in 19 games with 10 starts over the course of two seasons with the Falcons.

Starr, 24, managed to make the 53-man roster during his rookie season, but was waived at the start of year two. The Falcons quickly signed him to their practice squad after he cleared waivers.