Falcons have placed safety William Moore on the injured reserve 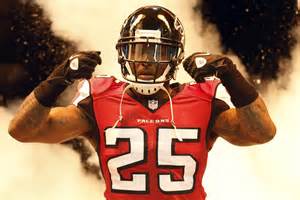 According to Jay Adams, the Atlanta Falcons placed S William Moore on season-ending injured reserve with an ankle injury. Moore was chosen by the Falcons in the second round of the 2009 NFL Draft. He played college football at University of Missouri.

In March of 2013, Moore signed a five-year, $32 million contract to stay with the Falcons. His 2015 season comes to an end with him appearing in 11 games and recording 51 tackles, two interceptions, a forced fumble and four pass defenses for the Falcons.

This is a huge loss for the Falcons defense, who will now have to rely on former UCF Knight Kemal Ishmael and former Panthers safety Charles Godfrey.