Colts have claimed safety Akeem Davis from the Seahawks 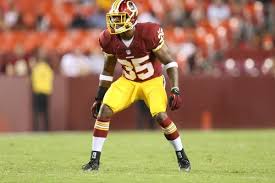 Today the Indianapolis Colts claimed safety Akeem Davis off waivers from the Seahawks. Davis also previously spent time with the Redskins, Saints and Buccaneers. He played in one game for the Seahawks before being waived on Tuesday.

Davis was an undrafted free agent out of Memphis in 2013 and was not signed by a team despite getting a tryout at rookie mini-camp.  The Washington Redskins signed him in 2014 after he didn’t play football for a year, and he played in 13 games for the Redskins that season.