Buffalo Bills have added Zac Dysert to their practice squad 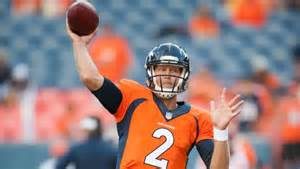 Zac Dysert worked out for the Dolphins earlier this week, and today he was signed by the Bills

Jon Scott of TWC News is reporting that the Buffalo Bills are signing QB Zac Dysert to their practice squad on Tuesday.  Dysert was a quarterback prospect for the 2013 NFL Draft. He was drafted by the Denver Broncos in the seventh round, 234th overall, and the ninth quarterback drafted (one of the fewest numbers in draft history).

Bills were one of nine teams that attended Dysert’s pro day back in 2013 at Miami of Ohio.