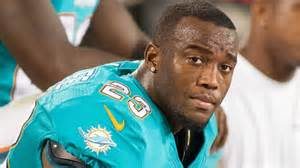 The Buffalo Bills are going to be without Karlos Williams in Sunday’s game against the Houston Texans, and they will be super thin at the running back position with just LeSean McCoy and Anthony Dixon.

According to Joe Buscaglia, the Bills are activating running back Mike Gillislee from their practice squad. Gillislee played college football for the University of Florida. He was considered one of the top running back prospects, and was chosen by the Miami Dolphins in the fifth round of the 2013 NFL Draft.

The Buffalo Bills cut center Gabe Ikard to make room for the former Gator back.