Browns wide out Brian Hartline suffered a broken collarbone; Will miss the rest of the season 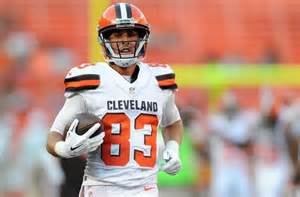 Browns lose wide out Brian Hartline for the season

The Cleveland Browns announced that veteran WR Brian Hartline will miss the rest of the season with a broken collarbone. Hartline had a 100-yard receiving game, but on his last reception fell on his shoulder and broke his collarbone. He is done for the season, according to multiple reports. Hartline will likely be placed on injured reserve.

The Browns signed Hartline, who played college football for Ohio State, to a two-year, $6 million deal in the off-season. In his first season in Cleveland, Hartline had recorded 38 catches for 416 yards and two touchdowns entering Week 14.

The Browns’ win over the 49ers snapped a seven-game losing streak.