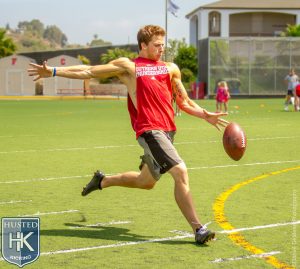 Browns are working out former small school punter Brock Miller tomorrow. Miller has worked out for several NFL teams over the past couple years.

Miller handled all of Southern Utah’s punting duties in college and, punted 67 times for 2,896 yards, an average of 43.3 yards per punt which ranked 11th in the FCS and is the fourth-best average in SUU history. Had a long punt of 72 yards, the fifth-longest in school history, at Utah State, also had a 71-yarder vs. Weber State. His punts resulted in eight touchbacks and 19 fair catches, with 25 inside the oppnents’ 20 yard line and he had 16 efforts of 50 yards or better. Finished the season with an SUU-record 42.6 yards per punt career average.