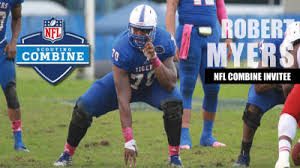 The Broncos are signing offensive guard Robert Myers off the Baltimore Ravens’ practice squad and will add him to their roster Wednesday. Myers is a 6-foot-5, 330-pound guard from Tennessee State who was the Ravens’ fifth-round pick in the 2015 draft.

Myers has bounced around the league. After being drafted by the Ravens, Myers was released by the team. Myers was claimed off waivers by the Indianapolis Colts on Sept. 6, but was waived again five days later and wound up back with the Ravens. Myers will now join the Broncos offensive line.