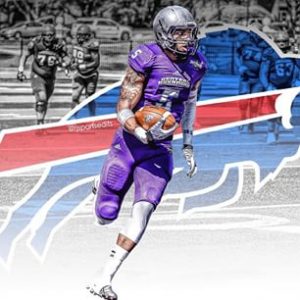 Today the Buffalo Bills made several roster moves. They started activating players on their practice squad. The team signed Dezmin Lewis the former University of Central Arkansas wide out as well as Walter Powell the former Murray State wide out.

Lewis is a former 7th round pick last year from UCA, who is a big target who has great hands. Lewis was cut at the final releases and was signed to the practice squad.

Powell, 23, is a former sixth-round pick of the Cardinals back in May of last year. He was unable to make the team’s 53-man roster coming out of the preseason, but he wound up being claimed off of waivers by the Jets.

The Bills also signed Jerel Worthy to the 53 man roster. Worthy was a former draft pick of the Packers.

The team signed Greg Salas to their 53 man roster and released Marcus Thigpen.