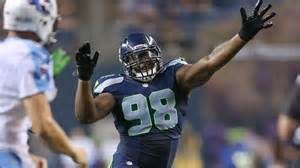 Williams played college football at East Carolina and was an undrafted free agent signed by the Bears. Scruggs was selected as the 25th pick in the 7th round, 232nd overall, in the 2012 NFL Draft by the Seattle Seahawks.

#Bears place WR Alshon Jeffery and DT Eddie Goldman on the reserve/injured list. Their seasons are over.