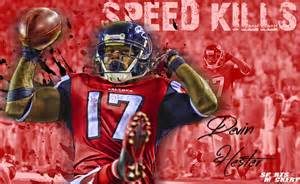 Falcons have activated wide out Devin Hester this week

Hester is expected to play against the Tampa Bay Buccaneers. Last year against the Buccaneers, Hester returned a punt 62 yards for a touchdown for his NFL-record 20th career touchdown return. The 33-year-old, four-time Pro Bowler still possesses elusive ability. No one understands that more than Buccaneers head coach Lovie Smith, who coached Hester in Chicago.

Hester is a sure fire Hall of Famer and hopefully this week in front of his family and friends, he will be able to take a return to the house.