Texans sign RB Akeem Hunt to their practice squad; Work out six others 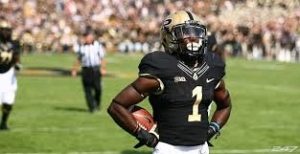 Texans have signed Akeem Hunt to their practice squad

Yesterday the Houston Texans worked out seven players including a couple running backs.  The team signed Akeem Hunt to their practice squad.

Hunt was the only player signed that had a work-out. Hunt is a rookie free agent from Purdue that spent time with the New York Giants this past training camp and made some noise during the preseason. Hunt during the 2015 preseason had 12 rushing attempts for 53 yards and two receptions for nine yards.

He was waived with a hamstring injury and at the time he was averaging 32.5 yards a return on nine kickoff returns.

He also spent time with the Baltimore Ravens practice squad in 2015.