Ten practice squad players that should be on NFL rosters 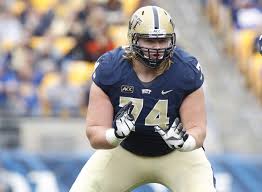 Matt Rotheram is a steal and should be signed by someone soon. The Packers are hiding a future starter

The NFL trade deadline is coming up today, and let’s face it, after that NFL teams will be looking everywhere trying to find talent.  Teams will start to bring in players for work-outs, but they need to turn and look at their opponents practice squad rosters.  There are some players right now that should be on NFL rosters.  Here is my top 10 players that I would be going after, the list is simple, go get players that can help your team.

These players are in no specific order, but let’s at least review some of the practice squad players that could help a team, and I hope NFL teams read this and swipe a few, because these guys deserve more money. Don’t be that guy who let the next Shaquil Barrett slip through your hands.

Matt Rotheram – Green Bay Packers – OL – Every team in the NFL right now needs help on the offensive line. Teams continue to sign a retread but this kid is a freak. He graded out better than every offensive lineman almost in college football at Pittsburgh last year. He should be on a 53 man roster. He is better than every free agent lineman available, teams need to take a flyer on this kid. I could see Chargers using him.

Deonte Thompson – Chicago Bears – WR – The former Florida Gators speedster is sitting on the Bears practice squad. He had an amazing preseason for the Buffalo Bills and is a great return man. The Chargers (I am not just bringing them up), have the worst return game in the NFL. This guy can help you in more than one phase. He is cheap.

Houston Bates – Washington Redskins – DE/OLB – Bates dominated the preseason and was the sack leader. He can get around the edge and cause problem. How many teams would love to have a pass rusher?  This guy is cheap and sitting there, he is better than most players on the bottom of a roster.

Tre McBride – Tennessee Titans – WR – The former William and Mary wide out is a beast slot guy. He could be a great addition to a team like the Patriots. He can return and has great deep ball skills. He is sitting on a practice squad after the team drafted him. Why?

Wes Saxton – New York Jets – TE – This is one of the most athletic tight ends out there, and he is on the practice squad. The former South Alabama tight end has the ability to stretch the field. He is a big kid with soft hands. He could be a great fit for the 49ers who just traded Vernon Davis.

Andre Davis – Tampa Bay Buccaneers – WR – Another former Buffalo Bills wide out that had an awesome preseason. Davis is a very solid possession receiver that has ability to make a big play in the red zone. He was a beast in preseason and should get a shot somewhere. Tons of injuries across the NFL.

Rontez Miles – New York Jets – S – Rontez Miles is a solid box safety that will come up and lay wood. The former Cal PA prospect is a freaky athletic player who was a stud on Special Teams for the Jets under Rex Ryan. This kid is a steal for a team that is struggling giving up the big play on Special Teams.

Josh Aubrey – Tennessee Titans – CB – Aubrey was once a starter for some time in Cleveland. This kid can cover, and has great speed. His big play ability makes him an intriguing prospect for a cornerback needy team.

DeAndre Carter – Oakland Raiders – WR – Carter ripped up the preseason for the banged up Ravens. I do not know why the Ravens haven’t tried to re-sign him, because he is a guy that is a playmaker. He has speed and has a nose for the end zone. Instead the Ravens are working out Hakeem Nicks…..REALLY?

DeShawn Williams – DT – Cincinnati Bengals – Williams a freak for a big guy. He has a motor, and is always around the ball. This kid will be a starter eventually in the NFL. He is a stud, that is being hid on the PS.  Someone steal this kid….