Seahawks RB Marshawn Lynch would not leave Ricardo Lockette’s side; Stayed through surgery

Marshawn Lynch is always highly criticized for not talking to the media, but what he did today is far more amazing than an interview. According to the News Tribune, Marshawn Lynch stayed in Dalls while his friend and teammate Ricardo Lockette underwent a 5 hour neck surgery.

@bcondotta: Marshawn Lynch and Russell Okung among Seahawks teammates who stayed with Lockette.

The News Tribune has learned running back Marshawn Lynch and left tackle Russell Okung stayed behind in Dallas overnight Sunday into Monday to be with Lockette while the rest of the Seahawks flew home.

Seattle’s wide receiver and special-teams ace also has his family from Georgia, who attended Sunday’s 13-12 win over the Cowboys, and a team trainer plus staffer there with him at Baylor Medical Center in the aftermath of a hit he never saw by Dallas safety Jeff Heath during a punt. The blow high on his chest immediately crumbled Lockette, left him motionless on the field for many minutes and then strapped to a stretcher with his helmet still on. 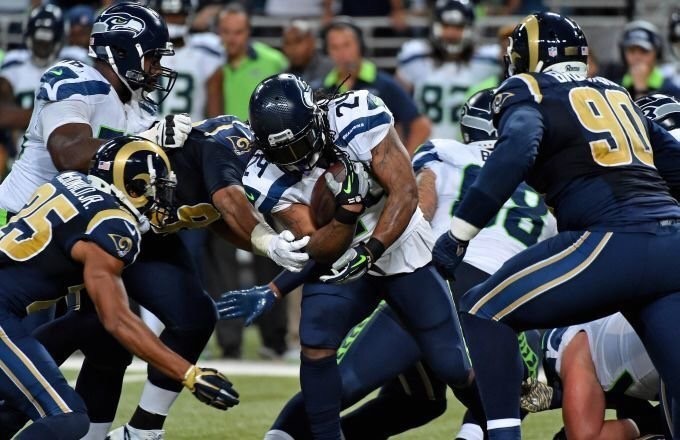 Seahawks running back stayed behind with his friend

This makes you think maybe Marshawn is not a bad guy after all.