Saints sign Matt Flynn along with a linebacker; Luke McCown done for the year 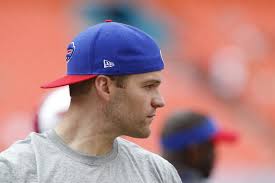 Matt Flynn has a new home

Guess who has a new home?  YEP, Matt Flynn the streak continues.

Flynn has bounced around the league over the last few years. After signing with the Seattle Seahawks in 2012, he lost the starting job to rookie signal caller Russell Wilson. A year later, the Seahawks traded him to the Oakland Raiders, where he lasted only a season.

When the Raiders released him the following off season, he split his time between the Buffalo Bills and Green Bay Packers. Most recently, he spent the preseason with the New York Jets.

The Saints also signed linebacker James Anderson, according to Jay Glazer of FOX Sports. Anderson played college football at Virginia Tech and was drafted in the third round (88th overall) of the 2006 NFL Draft by the Carolina Panthers.