Tony Romo done for the season for the Cowboys

Dallas Cowboys will likely be without their starting quarterback for the rest of the season. According to Ed Werder of ESPN, the Cowboys gunslinger may have rebroken his collarbone, which he hurt earlier this season. 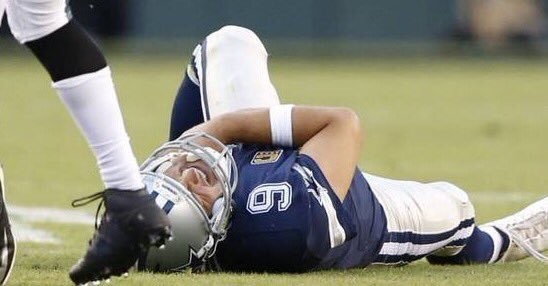 Tony Romo is likely out for the remainder of the season

@Edwerderespn: While X-rays on Tony Romo collarbone inconclusive and more tests scheduled tomorrow, a source told me the QB is “done for the season.”