Ravens worked out a couple veteran wide outs and a quarterback 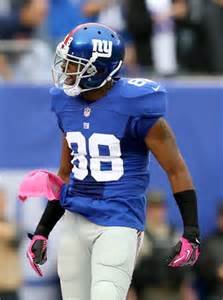 Hakeem Nicks worked out for the Ravens today

Nicks played college football at North Carolina, and was drafted by the New York Giants in the first round of the 2009 NFL Draft. Nicks has also played for the Indianapolis Colts and Tennessee Titans.

Morgan played college football at Illinois and Walsh and was signed by the Saints as an undrafted free agent in 2011.

Jacobs is a 6 ft. wide out from Utah State.  He signed as an undrafted free agent 2 years ago with the San Francisco 49ers.

Rettig played college football at Boston College. He was the starting quarterback for the Boston College Eagles from 2010 to 2013