The Baltimore Ravens waived CB Asa Jackson from injured reserve with a settlement on Thursday, according to the NFL transactions release. 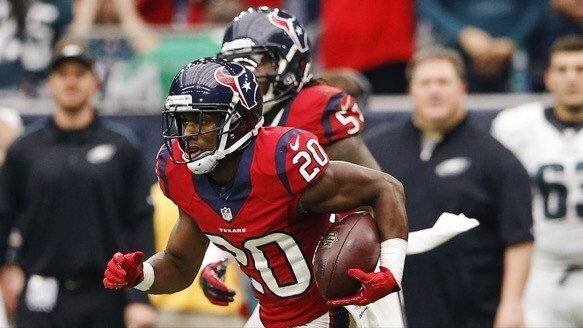 Jackson is a solid player for the Ravens who made plays constantly but had many issues, both as injuries and off the field. The team found another cornerback today to replace Jackson. Baltimore will have to release or activate someone from their practice squad to fill the spot. Aaron Wilson of the Houston Chronicle reports that the Ravens are signing former Texans CB Jumal Rolle to their practice squad.

Rolle, 25, originally signed on with the Bills as an undrafted free agent out of Catawba back in 2013. He lasted just a few months with the Bills before joining the Saints and Packers for brief periods of time.

Rolle was placed on waivers Wednesday to make room for QB Brandon Weeden, who was claimed off of waivers from the Cowboys.

The Texans wound up signing Rolle off of the Packers’ practice in October of last year and managed to make the 53-man roster in 2015.’This season, Rolle has appeared in eight games and recorded two tackles for the Texans.