Ravens lose Joe Flacco for the year with a torn ACL

Ravens HC John Harbaugh told reporters after Sunday’s win over the Rams that QB Joe Flacco suffered a torn ACL during the game and will subsequently miss the remainder of the season. 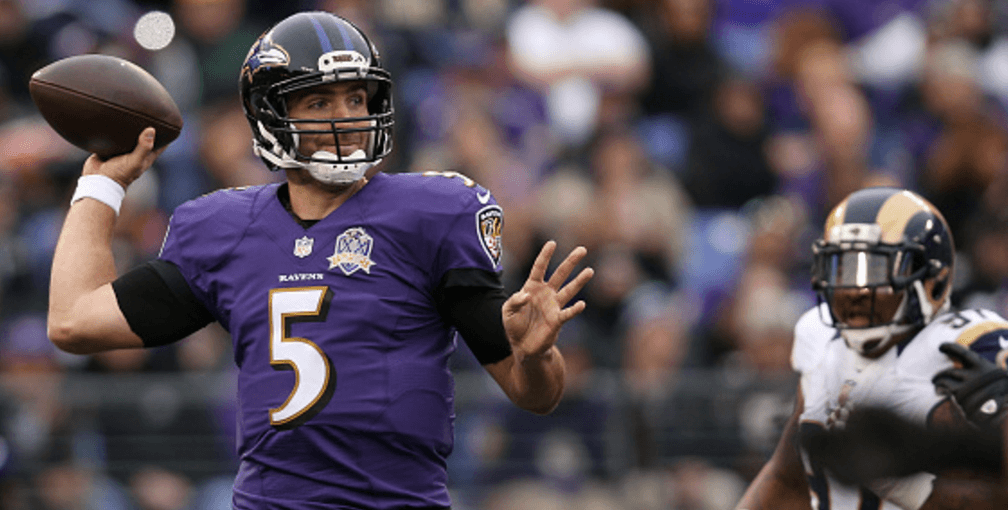 @RapSheet: The #Ravens say QB Joe Flacco has a torn ACL and is out for the season. He may have torn his MCL, too.

Matt Schaub will be the starting quarterback from here on out, and Joe Flacco will miss his first ever game.

@RapSheet: As the #Ravens turn to Matt Schaub at QB, Joe Flacco will miss the first game of his @NFL career. Had played in every one since 2008

Flacco has started 122 straight games, the fifth-longest streak by a quarterback in NFL history