Rams will work out former Chargers wide out Vincent Brown 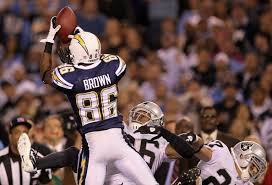 Adam Caplan of ESPN reports that the Rams are bringing in veteran WR Vincent Brown for a workout at some point next week.

Brown played college football at San Diego State University, and was selected by the San Diego Chargers in the third round of the 2011 NFL Draft. Brown has also played for the Oakland Raiders.