Patriots wide out Julian Edelman has a broken foot; Will have surgery on Monday 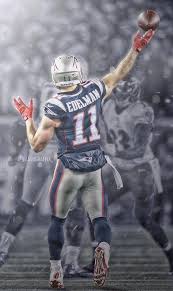 Julian Edelman has a broken foot, and will undergo surgery tomorrow

The New England Patriots almost lost a thriller today to the New York Giants, and now according to Adam Schefter, the Patriots did lose a playmaker. Julian Edelman the former college quarterback and amazing wide out has a broken foot.

Entering today’s game, Edelman had recorded 57 receptions for 639 yards receiving and seven touchdowns for the Patriots over the course of eight games.

Julian Edelman will undergo surgery Monday for a broken bone in his foot, per source. There is hope he will return this season, per sources.