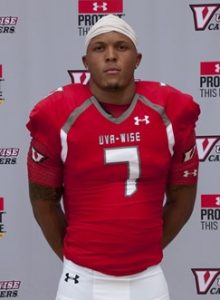 The University of Virginia’s College at Wise

The hardest class I’ve taken would have to be biology it’s just a lot of information you have to obtain throughout each chapter.

Cedric Peerman of the Cincinnati Bengals is my role model we both went to the same high school and live really close to each other. Cedric is such a nice guy he helps me out whenever I need something and has been a huge mentor to me throughout my life. This guy has taught me a lot about life and just led me in the right path in my life.

Growing up and through high school I participated in Basketball and Baseball.

When I was young I played a lot of running back and tight end on offense. I didn’t really play wide out until I got in middle school. However, on the defensive side of the ball I played Cornerback and Safety I really love playing safety if only there was a way I could’ve played both in college. My favorite position in football defiantly is Free Safety.

What separates me from other wide outs is just my instinct for the football, and being a lot stronger than the corners that guard me helps out a lot. I just feel like any ball that’s in the air is mine and I will do my best to get it at any time. Being able to out power someone in front of you is a plus because they aren’t expecting a wide out to be that strong. Physicality is used a lot throughout my game running people over and getting those extra yards I love that. 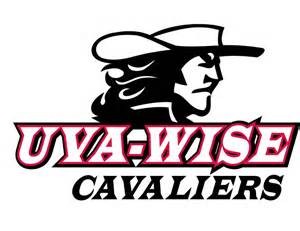 Throughout film study I examine the defensive backs weaknesses as well as their strengths. Are they physical? How do they play the ball once it’s in the air? Do they want to come up and tackle or do they mostly go for the ankles? Mainly just visioning myself running a route against this guy and how is going to react towards it.

The toughest player that I have ever played against would be Howard Jones of the Tampa Bay Bucs this guy is a monster of the field. With his size, strength, and speed at Defensive End putting all that together is amazing. Howard was faster than most of the guys in the skill position on their team just as well as ours.

I compare my game style to Anquan Boldin. Why Anquan Boldin because he’s a strong wide out that overpowers cornerbacks. He uses that gift to create separation from defensive players and catch the football. Being able to be physical and use my strength has accounted for a lot of my success.

One of the biggest obstacles in my life was sitting out of football two years after I graduated. As a result, of this I had to enroll in a community college for two years that didn’t have a football team. Getting division 1 looks throughout high school and not getting the chance to go fulfill that dream really hurt me. A lot of guys from my area went D1 to play football and I just thought I was a lot better than those guys so seeing them playing right out of high school was tough. I had to put my focus in my school work something that I didn’t do in high school. Spending those two years at the community college taught me a very valuable lesson one to never take anything for granted, if you don’t have grades or even a diploma you can’t do anything in life. This made me mature as a young man and taught me to never give up something I really want to accomplish in life.

Before games I have to get in the heated whirlpool it just makes my body feel so well for the game. Also, I have to blast loud music and go out on the field just get into my own personal zone where nothing is on my mind but football.

Being at a small school that didn’t win a lot of games, I feel like there will be obstacles that come with the process. There will be other big name Wide outs in the same position as me trying to get a shot to play at the next level. But every player has different attributes, and I possess at wide receiver something different than the rest. I just want the chance to catch someone’s eye and showcase my ability to show that just because I’m at small school it doesn’t differ me a lot from the rest.

Biggest strengths of mine would be good hands, strength, speed, just the physicality that I bring to the table at wide out. Being versatile to be able to play any type of position on the field.

Weaknesses: I feel like the top of my routes could be a lot more crisp but that will come with training. Also, being a lot more elusive at wide out to not lonely run people over but to make them miss sometimes in the process.

First you will get a hard worker that’s going to give 110% effort both on and off the field. I’m a complete player that’s knowledgeable to the game, that’s willing to contribute at any type of way. I won’t make you regret the decision of signing me to your football program. Going out and giving it my all both on and off the field also to the community is something that’s key to me in life. I know that the NFL is a business and if you don’t produce you could no longer be with the team I won’t be that guy that doesn’t produce and lacks in effort. Being able to get the chance to play football again would not be something that I just let pass by I’m willing to do whatever it takes to be a part of your team.

Favorite NFL player would be Randy Moss the ability and things that this guy did on the field was insane. Stretching the field and just making huge plays really excited me. My favorite team growing and still to this day is the Tampa Bay Buccaneers.

It would be Jerry Rice, Cris Carter, my great grandmother that passed away. Jerry and Cris because they were great leaders and also great wide outs in the NFL. Just to get an insight on what they did to make it to the top and what separated them from the rest. My great grandmother because I was really young when she passed and don’t remember much. To just get a chance to know her better and vent about life.

With my first NFL I would buy my parents both new cars, then buy myself one as well. Before I buy myself a house I would take care a lot of my student loans so that it doesn’t become a concern later in life.