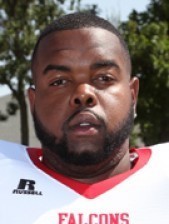 Working with On The Right Track Academy to help get inner city kids from Florida and Ohio recruited and into college.

The late Korey Stringer because he’s from my hometown and he’s somebody that had big impact on me as child and I’ll always will look up too him and remember him for that.

My ability to drive people off the ball and finish blocks, and also the ability to get to second level and onto to LB’s.

Seeing how the defense lines up and what kind of blitz/stunts they like to use. I also focus on where the Mike LB is each play, as in our offense that dictates 75% of who I block on run plays.

Chance Warmack because of the way he’s physical and able to get a body onto defenders and finish them. 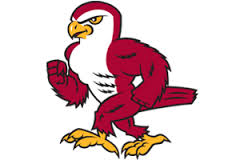 Losing my Grandmother Ethel Mickens as she is the strongest person I’ve ever met and she helped raised me until I was 12. Since than I’ve promised myself that I would do everything in my power to accomplished everything she always said I would do, which is one of the reasons why I’ve never stopped chasing my dreams.

Rub the numbers on the front and back of my jersey before I step on the field to honor the people that aren’t with me anymore.

I believe I have to overcome every stereotype that they have of small school players because we don’t play at the big name schools like an Ohio State or Michigan which causes us a lot of times to be overlooked. I believe that the biggest thing you have show them is no matter what level you come from that you can compete with the best players at any level.

Run Blocking and finishing my block once engaged

Sometimes leaning too much on a defender

That I just ask for you to give me one opportunity to showcase myself in front of your organization that I am a trust worthy player on and off the field and also show that I can compete at an high level with anybody at any level.

A condo in a nice neighborhood for my mom and older brother. Also cover the tuition for my younger cousins Shardae and Aaliyah to attend a good Private School.