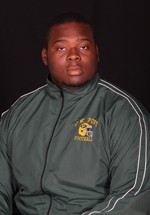 Golden Ukonu Jr. has had an interesting path, but the big O-Lineman plays with power

Off the field I was a coach for my town’s PAL youth football team, teaching them to build character and sportsmanship. I have also volunteered to help rebuild a house near my school with Habitat for Humanity.

Anatomy was the most challenging.

My biggest role model is my Father. He taught me so much about life and how to deal with adversity. He taught me to never be caught in a dead end in life and always find a way to success.

Growing up I started to play soccer, then basketball, lacrosse, and track and field.

What separates me from others is the ability to practice my failures. Instead of looking forward to complements I look forward to my coach telling me what I need work on to strengthen my weakness and be the best on the field. 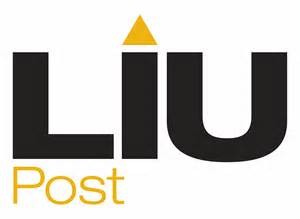 When I break down film I look for the teams favorite blitz they like to use on 1st and 10, 3rd and short, and 3 and long. I also look at a defensive line stunts and how often they use them, and if they tip off the stunts by the way they line up. I also watch for the player in lining up against, like what his favorite move is, what he does with his first two steps, and if he has a high motor and endurance.

The toughest player I ever faced was myself. I had to overcome being lazy, and make it a routine to better myself than the day before, whether it is working out early in the morning, or study film, or just waking up early so I could be use to it and take advantage of the day.

It would have to be Andrew Whitworth, a big sized dominant lineman with great feet that could play guard or tackle and get the job done.

The biggest obstacle I had to overcome was the fact that I could have been a big time player at a division 1A school but lost the opportunity due not graduating from my junior college on time. I overcame that by playing with a huge chip on my shoulder proving that I can be the best and still play at a high level.

I mostly listen to music and walk around the field to get some fresh air before the game.

To prove that I can play with the best players in the country in any division, and have the same shot to play in the league

My biggest strength is being able to have great footwork and flexibility with my size.

I would say that I have the love for the game like no other. I went through a lot of hard times in my college career and still was labeled a leader wherever I went. I play with a huge chip on my should because I have to prove to not everyone, but myself that I still have the talent, drive, and the compassion for this game.

Troy Polamalu and the Pittsburgh Steelers.

It would easily be my Father, Ray Lewis, and Vince Lombardi

Recently my family have been going through rough times moving around, so with out a doubt in my mind I would by a place to call home for my parents and put my little brother through college.