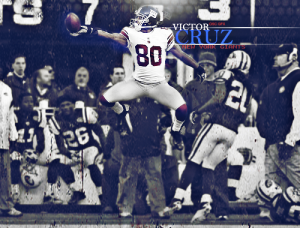 Victor Cruz is done for the season

New York Giants wide receiver Victor Cruz announces he is having season-ending surgery on his left calf.  Cruz ruptured his patellar tendon last year, which cost him the remainder of the season and limited him to appearing in just six games.

“I just got news that I will be having season-ending surgery on my left calf,” Cruz said in a video. “This hurts because I worked so hard to come back from the patellar tendon surgery.”

“I felt like I was back to 100 percent, and then the calf happens. It’s a tough thing to go through emotionally, physically,” Cruz said.

Cruz announced it via UNINTERRUPTED which is a breakthrough platform that provides athletes with an unprecedented forum to provide uncensored, real-time perspectives on the topics they most want to address. UNINTERRUPTED athletes communicate directly with fans while providing rare behind-the-scenes video content that offers a peek into their lives.