According to Ian Rapoport of NFL Media Insiders, the Detroit Lions may have not pulled off a trade but they did sign a linebacker. 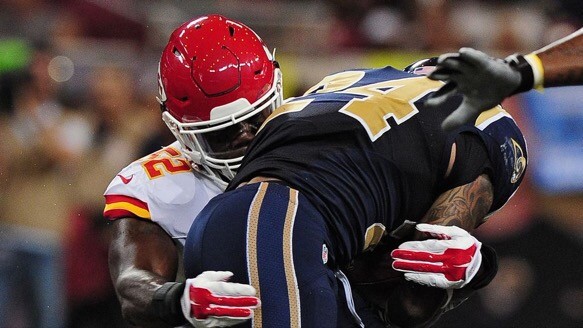 @RapSheet: Not a trade, but… LB James-Michael Johnson, formerly of the #Jaguars, is signing with #Lions, I’m told.

The Detroit Lions will be the third team that James-Michael Johnson will play for in 2015. He was claimed off waivers by the Tampa Bay Buccaneers on Sept. 6, only to be released nine days later. The Jaguars picked up Johnson at the beginning of October and released him before the end of the month. Johnson was drafted in 2012 by the Cleveland Browns in the fourth round and also played two years with the Kansas City Chiefs. On his career 42 games played, he has 104 combined tackles, one sack, and two forced fumbles.