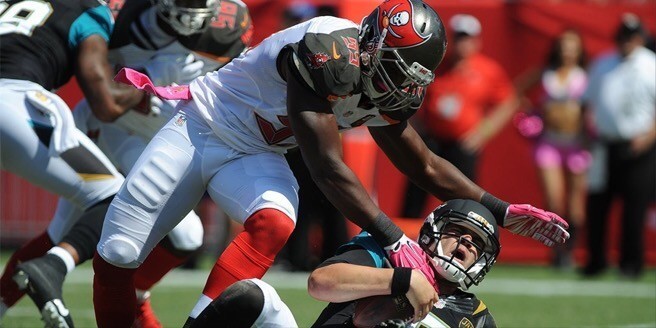 The Jets have signed outside linebacker Josh Martin off the Indianapolis practice squad to the active roster.
The Jets are the fourth NFL team for Martin (6’3″, 245), who was born in Houston, grew up in Colorado, and was an All-Ivy League first-teamer at Columbia in 2012. He started out as an undrated LB with Kansas City in 2013. He played his first two seasons with the Chiefs, then moved to Tampa Bay this season. He was cut by Tampa and signed to the Colts practice squad.

For his career Martin has played in 21 games (one start) with a half-sack, a forced fumble and 28 tackles, all with the Chiefs.