Falcons sign T.J. Heath to their PS; Worked out two other defensive backs 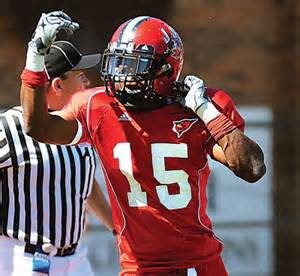 According to Aaron Wilson of the National Football Post, the Atlanta Falcons worked out cornerbacks Marc Anthony, Keon Lyn and T.J. Heath (signed) on Monday.

T.J. Heath was signed by the Jacksonville Jaguars as an undrafted free agent in 2011. He played college football for Jacksonville State University.

Lyn played college football at the Syracuse. Lyn signed with the Indianapolis Colts as an undrafted free agent in 2014.

Anthony played college football for the University of California, Berkeley. The Baltimore Ravens selected him in the seventh round of the 2013 NFL Draft.