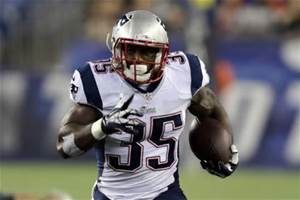 Jonas Gray was cut by the Dolphins today

The Miami Dolphins have released running back Jonas Gray, the former Patriots running back. The team re-signed offensive lineman Sam Brenner according to Armando Salguero of the Miami Herald.

The Patriots have a need at running back, after losing Dion Lewis for the season to a torn ACL. Gray had his noticeable success with the Patriots, running for 201 yards and four touchdowns against the Colts. It will be interesting to see if the Patriots bring back the familiar face.

Brenner was originally signed by the Dolphins as an undrafted free agent in 2013. Brenner played college football at Utah.