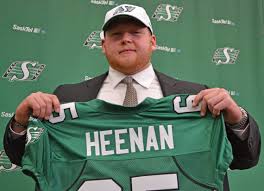 Colts have signed Ben Heenan to their practice squad

Today the Indianapolis Colts signed Ben Heenan, the former first round pick of the CFL.  Heenan played college football for the University of Saskatchewan, and was ranked as the second best player in the CFL’s Amateur Scouting Bureau final rankings for players eligible in the 2012 CFL Draft, and first by players in Canadian Interuniversity Sport, at the end of the 2011 CIS season. Heenan has also played with the Saskatchewan Roughriders of Canadian Football League (CFL).