Colts have claimed “Clipboard Jesus” off of waivers from Titans 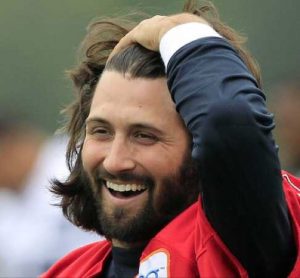 Clipboard Jesus aka Charlie Whitehurst is a Colt

ESPN’s Adam Schefter reports that the Colts claimed veteran QB Charlie Whitehurst off of waivers from the Titans on Thursday.

Whitehurst was drafted by the San Diego Chargers in the third round (81st overall) of the 2006 NFL Draft. He played college football at Clemson.

Whitehurst has also played for the Seattle Seahawks and Tennessee Titans. He is the son of former NFL quarterback, David Whitehurst.

Whitehurst has been named Clipboard Jesus by his teammates for his amazing hair.

The #Colts claimed QB Charlie Whitehurst off waivers, with Andrew Luck out for several weeks.