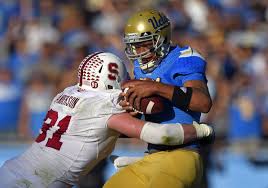 The Indianapolis Colts could suffer a huge loss, even though they pulled off one of the biggest wins of the season beating the Broncos this week.  Ian Rapoport of NFL Media reports that Colts rookie DE Henry Anderson is believed to have a torn ACL based on initial tests.

Rapoport adds that Anderson will undergo an MRI to confirm the severity of the injury. Following Sunday’s win over the Broncos, Colts HC Chuck Pagano told reporters that Anderson suffered a “significant” knee injury, so this probably shouldn’t come as a huge surprise.