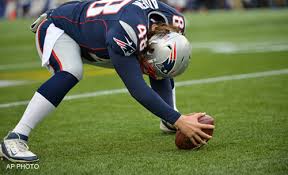 According to David Newton of ESPN, the Panthers have signed LS Danny Aiken to a one-year contract. Aiken was signed by the Buffalo Bills as an undrafted free agent in 2011. He played college football at Virginia after a prep year at Fork Union Military Academy.

The New England Patriots claimed him off waivers on September 4, 2011, and he was named the team’s starting long snapper and an emergency tight end. He will now come to Carolina as an emergency long snapper.