Cardinals LB Daryl Washington career could be over

Cardinals LB Daryl Washington has had even more violations while he’s been in the NFL drug program. 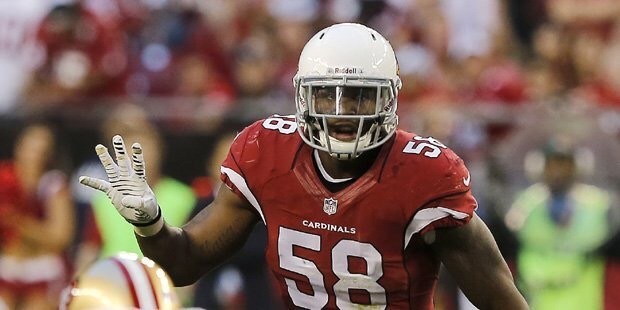 Cardinals linebacker Daryl Washington could be in hot water

According to Glazer, there’s a chance that Washington’s NFL career could be over.

Washington was suspended indefinitely in May of 2014 for violating the NFL’s policy on substance abuse. If he is reinstated, Washington faces additional discipline under the league’s domestic abuse policy.

Ian Rapoport mentions that the violations are “mostly” for missed tests, but this counts the same as a positive test.