The Buffalo Bills announced Tuesday that they’ve signed DL Jerel Worthy to their practice squad and released LB Kevin Reddick to make room for him. 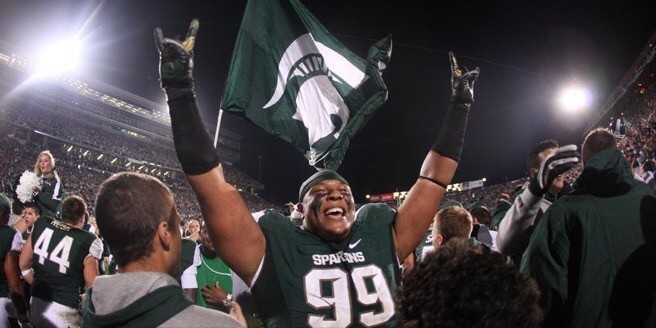 Worthy, a second-round pick by the Green Bay Packers in 2012, hasn’t reached the same level he reached in three years at MSU, where he totaled 12 sacks, 27.5 tackles for loss and 107 tackles in 40 games.

In his rookie season, he started four of 14 games but struggled to stay healthy, slowed by an ACL injury that limited him to two games in 2013. He was traded to the Patriots and never played before going last year to the Chiefs practice squad. He has also had a short stint with the Lions.

Mike Rodak of ESPN reports that the Bills brought in three defensive linemen for workouts this week including Jerel Worthy, Kelcy Quarles and Toby Johnson, and ultimately signed Worthy.