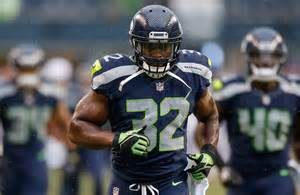 Turbin was drafted in the fourth round of the 2012 NFL Draft by the Seattle Seahawks. He played college football for the Utah State Aggies.

The team activated Darrian Miller to the 53 man roster. Miller is a 6-5, 307-pound rookie out of Kentucky. He joined the Browns as an undrafted free agent and spent the first nine weeks of the season on the practice squad. Miller’s full bio can be found on pages 240-241 of the 2015 Cleveland Browns media guide.

Turbin appeared in three games and rushed for 60 yards on 18 carries after joining the Browns via waivers on Sept. 10. He also caught two passes for eight yards.