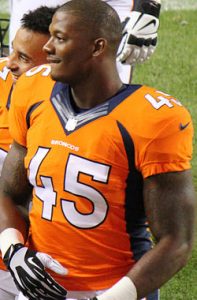 Prior to his signing with the Bears, Mason was a standout for the Texas Revolution (indoor football) of the Indoor Football League and the Colorado Ice. He played college football for the Division II Level Texas A&M-Commerce Lions, where he was an All-American Linebacker for the Lions.

Mason was also recently with the Broncos, but was released during roster cuts.  The Bears also signed a quarterback as well. According to Dickerson, the team signed Justin Worley the former Tennessee Vols quarterback.

In 2014, Worley was named the starting QB for the Tennessee Vols for his Senior season. He started in seven games beginning with Utah State and ending when he was injured against Ole Miss. As a result he had season-ending shoulder surgery. His season totals were 1579 passing yards, 12 TDs, 8 INTs, 62.3% completion percentage, and was notably sacked 29 times.