49ers have signed CB Chris Davis to their practice squad 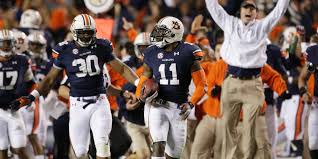 Former Auburn hero Chris Davis has been signed by the 49ers

#49ers are expected to sign former #Chargers CB Chris Davis to their practice squad. He worked out for them on Monday.

Davis was involved in the 2013 Iron Bowl referred to as Kick Six. With one second left on the clock and the score tied at 28, Alabama placekicker Adam Griffith’s 57-yard game winning field goal attempt was missed and caught by Davis, who returned it 109 yards for a game-winning touchdown.