49ers have added another running back; Team signs Travaris Cadet 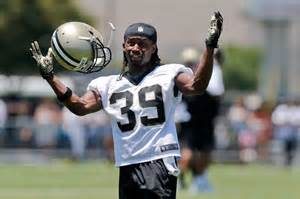 Last week the San Francisco 49ers signed two running backs and today they signed another running back according to Ian Rapoport.

Rapoport is reporting that the 49ers will sign Travaris Cadet to their roster. Cadet worked out for the team on Monday and would join Pierre Thomas and Shaun Draughn as new members of the backfield. The Niners also have Kendall Gaskins and Carlos Hyde, who is battling a foot injury, with Reggie Bush and Mike Davis on injured reserve.

Cadet was signed by the New Orleans Saints as an undrafted free agent in 2012. He played college football at Appalachian State. He has also played for the New England Patriots.

In a corresponding move the team released running back Pierre Thomas.