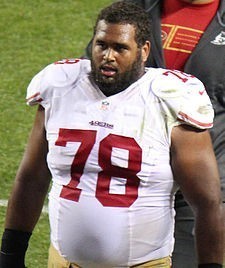 The Tennessee Titans have signed OL Joe Looney to a contract on Tuesday, according to Ryan Sakamoto.

Looney, 25, is a former fourth-round pick of the 49ers back in 2012. He spent three years in San Francisco before he was unfortunately among the team’s final roster cuts at the start of the season.

Looney playing college football for Wake Forest, he was drafted by the San Francisco 49ers.