Steve Spurrier says he is resigning not retiring; Says he is a liability in recruiting

Steve Spurrier just announced that he is stepping down as the head coach of South Carolina. Spurrier stated that he thinks new coach Shawn Elliott will be able to breathe a new life back into the program. 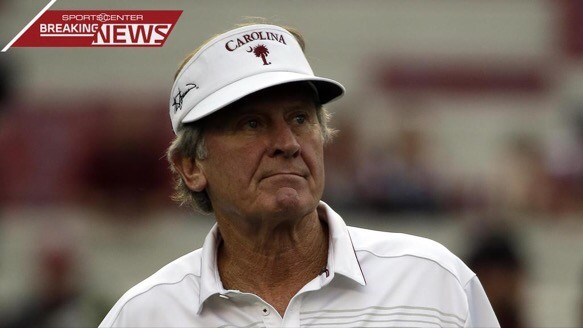 He also says he’s a “recruiting liability” because he’s old — 70 — and it’s hard to convince high school players that he’ll be around for 5 more years.

Spurrier says this year’s team isn’t as good as he thought they would be — but says things could be different under new leadership.

This is insane, but the guy is getting up there in age.