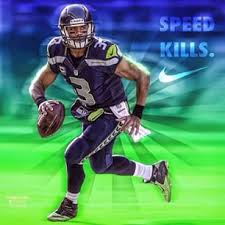 Russell Wilson is on pace to get sacked 70 times.

There have only been two players in the history of the NFL to be sacked more than 70 times in a single season, and that was David Carr in 2002, and Randall Cunningham in 1986.  This year Russell Wilson is on pace to be sacked 70 times according to Pro Football Talk.

Wilson was sacked four times yesterday in Cincinnati, giving him a league-high 22 sacks so far this season. That puts him on pace to surpass 70 sacks this year, a total that has only been achieved twice in NFL history

The record is 76 sacks in one season, and to be honest the Seahawks will have to figure something out because they need to slow down the pace.  Their wide receivers are suspect and their offensive line has more players converted to a position than guys that were drafted to play the line.  The team needs to do some upgrading, but the number will drop once they get BeastMode back.