Redskins RB spends time before every game with the stadium workers

When you think of NFL players you think of Mr. Hotshot with tons of money and little care for the little people. Well that is not the case with Alfred Morris, who does not buy the hype that he is better than another person. 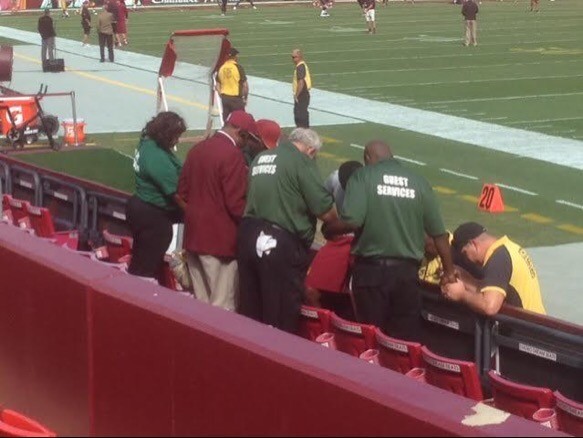 In an interview with Dan Steinberg of the Washington Post, Morris was asked why he spends hours before the game talking with the Stadium workers.

“I mean, I’m a person just like anybody else. You’re a person; I’m a person; but just because I play a game, they elevate me,” Morris told Steinberg. “I’m a normal, everyday person; I just happen to play football in the NFL. . . . I ain’t no better than the next person. That’s just the way I look at life, man. In God’s eyes, we’re all equal, so why should I act like I’m better than anybody else when I’m not?”

Morris has been spending time with the Stadium Fam as he calls them every home game since he was a rookie.

“My first reaction was, ‘Dang, this is Alfred Morris.’ You know what I’m saying?” a 45-year-old stadium worker named Campbell McKenneth said. “But seeing how cool and relaxed he was in talking to us, it made us feel cool and relaxed and easy talking to him.”

Football players learn something from Alfred. You are not bigger than the game…..