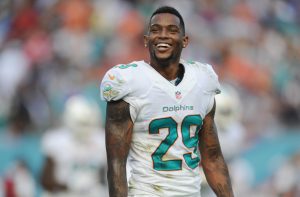 A few weeks ago the Baltimore Ravens traded the Miami Dolphins for cornerback Will Davis, and they have already lost him for the season. According to Ian Rapoport of NFL Media, Ravens CB Will Davis suffered a torn ACL during Sunday’s game.

This injury will, obviously, end Davis’ 2015 season, as rehabbing an ACL tear typically requires nine months. Baltimore will likely place him on season-ending injured reserve in the coming days.

This is a huge blow for the Ravens secondary who is very suspect, and this week allowed Josh McCown throw for 450 plus yards.